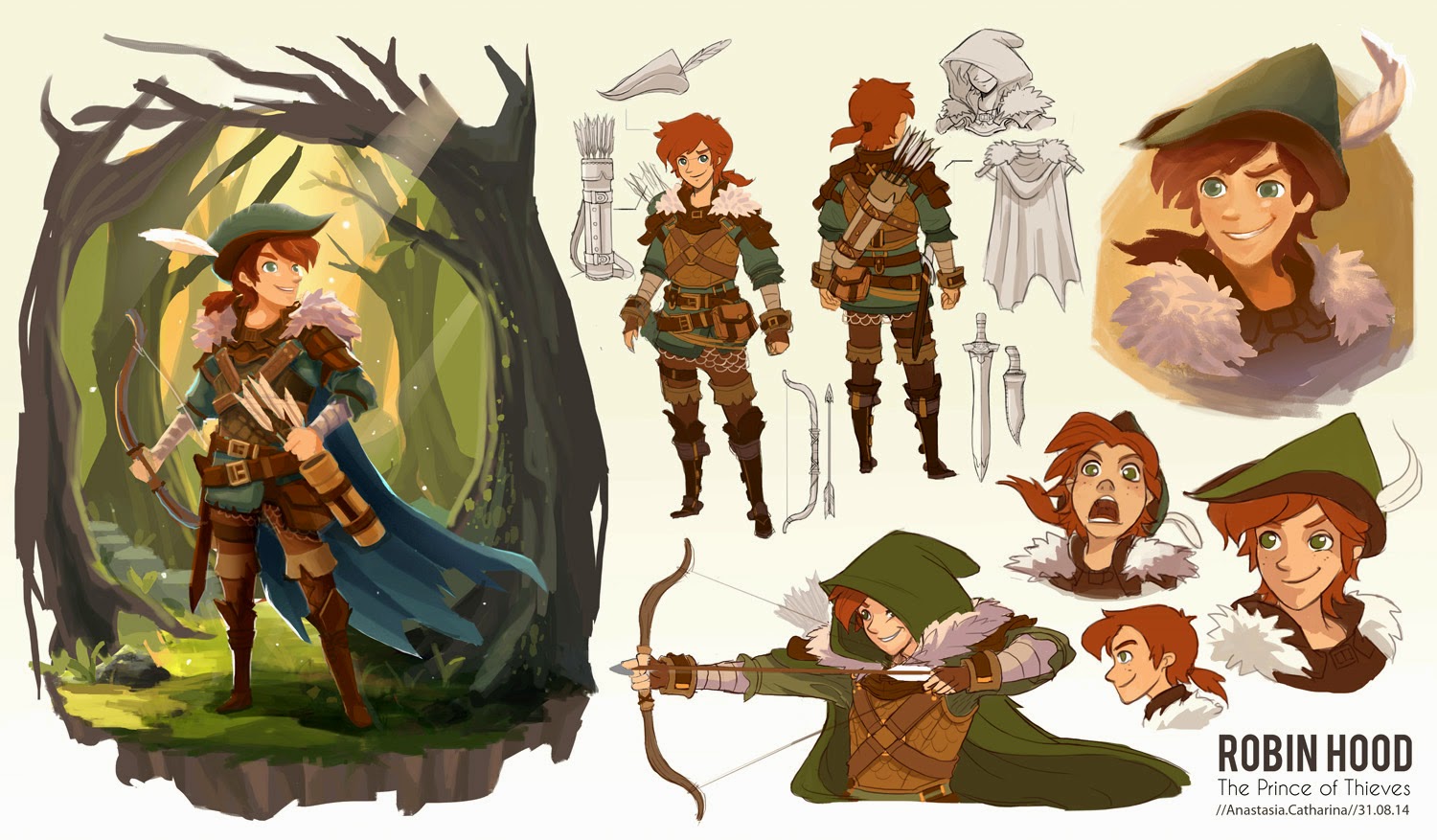 This is a personal project I'm working on in my spare time. I used to do themed projects back in school, and they were my favorite projects to work on. This time round I'm attempting to reimagine my own version of Robin Hood.

I want to portray Robin as a charming, agile and cheerful character. He hides under his green hood and blends in the woods, helping the poor by robbing the rich nobles who pass through his territory.
I would love to develop the other characters revolving around him and explore the world he lives in. 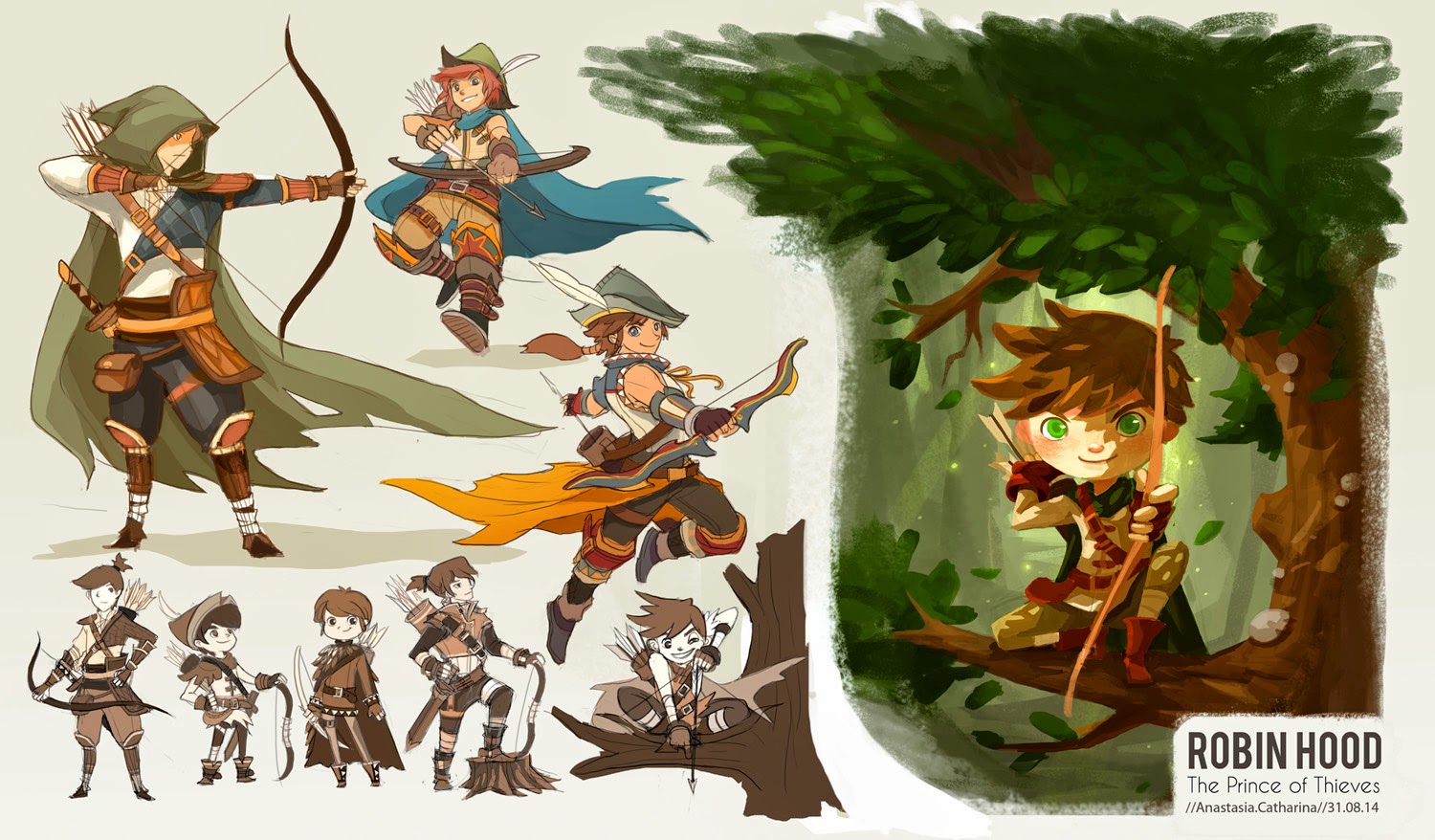 Some sketches and thumbnails before I decide to finalise the design.

In the beginning I wanted to have a little bit of Japanese culture influence to the costume. Also deciding on the age and height for him. Did some color variations as well, but midway I realised that he was starting to lose his identity, and decided to make him green to blend well with his surroundings.

My name is Nana. I am a Chinese Indonesian holding a Singapore pr. Drawing has been my passion since I was young.
Previously enrolled in Lasalle College of the Art (BA Degree of First Class Honours for Image and Communication) and recently graduated from FZD school of design with a focus in Entertainment Design.
I was heavily inspired by theme parks, animations, and video games that immerse people into another realm of reality. I believe in imaginary world, love to design imaginary stuffs, and constantly hone my skill to share and visualize them to people..
Contact Info:
anacathie@gmail.com